Dissidia Final Fantasy NT is out now on Steam in three different versions! 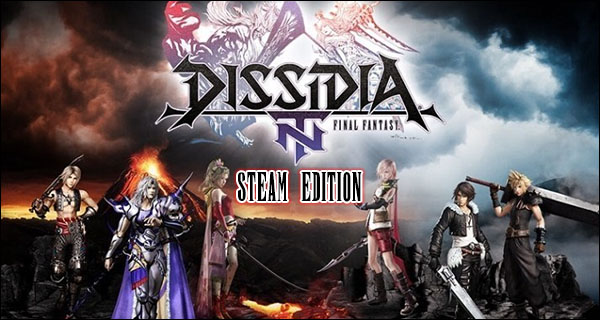 Earlier this week Dissidia: Final Fantasy NT finally made it’s way to the Steam storefront, being it’s first time appearing on PC. Along with this release, there was also a Free-to-Play edition launched on the PS4 and Steam. Though the Free-to-Play edition is the only way you can start off with your Steam purchase, you can then purchase two version upgrades through it.

The first is the Standard Edition upgrade, which pretty much gives you full access to the base game, with none of the Season Pass content. While if you pay a little more you can get the Deluxe Edition upgrade, which gives you the base game and all the first Season Pass content. If you decide to stick with the Free-to-Play edition, you’ll have access to most of the basic fighting game modes, along with a rotation of four characters every month.

You can read the full description of the game straight from the Steam storefront here:

With the struggle between order and chaos quelled by saviours from beyond, the realm was destined to fade from existence. Instead, an arcane power has breathed new life into it—bestowing these decaying remains with purpose once more. The fight has begun anew, and the world is your arena.

Over twenty-four of FINAL FANTASY’s most recognisable faces have assembled to take part in interdimensional fisticuffs. Face off against other teams in action-packed, three-on-three melees that require sense as well as strength to win. Each combatant can be one of four types: vanguard, assassin, marksman, or specialist; play off your allies’ fighting styles, master the bravery system, and emerge triumphant from the clash of steel and sorcery!

In addition to standard battles, there will be skirmishes that employ special rulesets, along with cutscenes that tell the story of this reborn world, the gods that rule it, and the warriors who fight for it.

If you have yet to dive into the title, now is the best opportunity, as you can enjoy a lot of it for free on either PS4 or Steam, and if you enjoy it enough you can put in some extra money to get the full experience.

Have you tried the free-to-play version out yet? Have you given the Steam version a go? Let us know in those comments!