Dynasty Warriors 9 get’s a Mobile iteration, and is being produced by Nexon Korea! 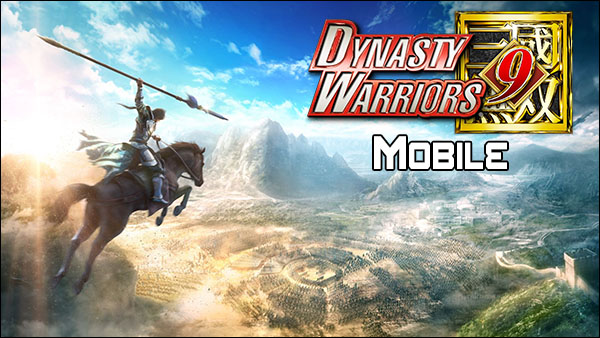 KOEI Tecmo has announced in collaboration with Nexon Korea that they have entered a global publishing deal and that Dynasty Warriors 9 will be getting an Action MMORPG version for your mobile devices. Developed by One Studio, Dynasty Warriors 9 Mobile (title tentative) will be arriving sometime in the future.

Little information is known about the title, though One Studio’s director Kun Wook Song had this to say about the project:

Much like other mobile titles of KOEI Tecmo games, the title has been licensed for use by Nexon Korea and One Studio. We hope to have more information to share in the near future, and hopefully any news of a worldwide release.

What are your thoughts on the Open World Action of Dynasty Warriors 9 making it’s way to mobile? Would you be up for giving it a go? Let us know in those comments!