It has been a while since Dragon Quest Builders 2 debuted on the Playstation 4 and Nintendo Switch back in July 2019. Now finally Square-Enix and Microsoft have announced that the KOEI Tecmo co-developed crafting RPG will be hitting their Xbox One and Series X/S consoles. To even sweeten the deal, it will also be launching on Xbox Game Pass for both Console and PC.

The title itself will be launching May 4th worldwide. You can read below a snippet from what this version of the game will include:

Don’t let the name fool you, despite the 2, the game has a new story that’s a great entry point for newcomers to the series. That said, if you’re a Dragon Quest veteran, you may notice more than a few connections to other games in the series.

There’s also the ability to design and build with friends online! Up to four players can team-up online to build anything you can imagine on the sandbox Isle of Awakening. And yes, this version will include the Hotto Stuff Pack, Modernist Pack, Aquarium Pack, Designer’s Sunglasses, Historic Headwear, Dragonlord’s Throne, and more!

Also, as an Xbox Play Anywhere title, you can play Dragon Quest Builders 2 on Xbox and PC with shared saved progress and achievements.

Be sure to keep an eye on this title, as it’s a good time especially with a bunch of friends, and with it being a part of game pass it is now easier than ever to get in on the crafting action!

Will you be giving this game a try now that it’s coming to Xbox and Game Pass? Did you play it before on PS4/Switch? Let us know in those comments!

It has been 20 long years now since the Atelier franchise first made it’s debut, and with this celebration there has been a rather strange – yet welcome – announcement. Atelier Online ~Alchemist of Bressisle~ will finally be making it’s way to the West, after launching all the way back in 2018 for Japan.

Even stranger is that the game is not being handled by KOEI Tecmo or Gust, but a third party publisher called Boltrend Games. Currently we only have a trailer and news that the title in question will be coming west, but when is still yet to be revealed. The free-to-play game features many mechanics from past Atelier console games and enables online play and co-op with other players.

Atelier Online will be launching free sometime in the near future for iOS and Android devices in the West!

Check out the trailer below:

Are you interested in trying out Atelier Online? Let us know in those comments!

>> Check out our Atelier Online game page now!
>> Join the discussion on our forum now! 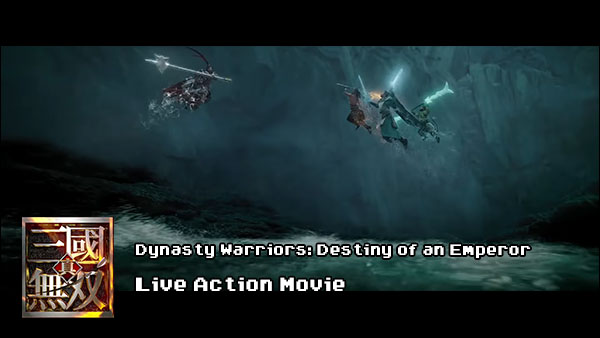 It has been a very long time since we last heard anything about the upcoming China produced Dynasty Warriors live action movie, though now that silence has finally been broken. Dynasty Warriors: Destiny of an Emperor (which finished all the way back in 2019) will be launching in Chinese cinemas on April 29th. The following day April 30th it will be arriving on various digital services throughout China.

There is currently no information on the movie receiving an English localisation (though the company is known to offer some), however it is quite likely to find some decent fan subs and such if it doesn’t come to pass.

You can check out the latest trailer for the movie here:

The movie focuses on the rise of the three Oath Sworn brothers Liu Bei, Zhang Fei and Guan Yu as they fight through the Yellow Turban menace all the way up to a final climatic battle against Lu Bu. You can find out more about the movie via our previous posts here and here!

Do you want to see this movie get an English localisation? Are you hyped to check it out anyway? Let us know in those comments!

>> Check out the digital distribution platform for the movie now!
>> Join the discussion on our forum now!

Samurai Warriors 5 will be launching this Summer worldwide!

After all this time and many teases throughout 2019 and 2020, Samurai Warriors 5 has finally been officially announced, and will be launching this Summer worldwide!

The game is receiving a soft reboot with completely new art design and a return to a much more focused story around Nobunaga Oda and Mitsuhide Akechi. Featuring a total of 27 characters, including old favourites and new faces, you’ll be amped to get back to the field in Japan and hacking your way to victory!

We will have more information and content for the title very soon. Until then enjoy the game’s announcement trailer via it’s Nintendo Direct feature below:

Samurai Warriors 5 will be launching for Playstation 4, Nintendo Switch, XBOX One (a first time for the series!) and PC via Steam. It’ll be releasing on 24th June for Japan, while July 27th for Europe and North America.

Will you be picking up Samurai Warriors 5 this Summer? Let us know in those comments! 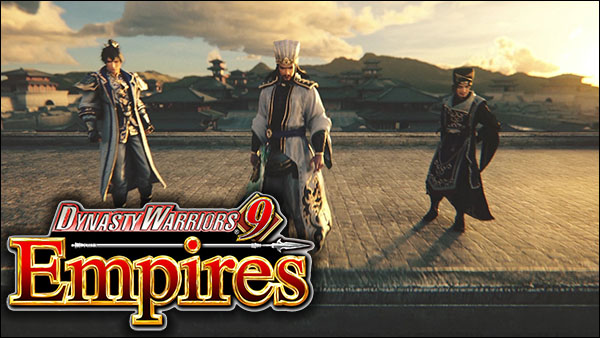 It has been a very long time since we have heard anything in regards to Dynasty Warriors 9 Empires. In fact we only knew a little bit back when it was originally announced at TGS 2020. However there is now some disappointing news.

The production team Omega Force have written an apology message stating the game needs more time to be worked on and has been delayed until an unknown point in the future. Hopefully this doesn’t mean the game will fall into development hell, but with other big titles such as Samurai Warriors 5 hedging around the corner we can only speculate.

You can read the full message below:

Although DYNASTY WARRIORS 9 Empires was initially announced as an Early 2021 release, the team is still working hard on delivering the best game possible so we wanted to let our fans know the current situation and will announce the new launch window in future updates. We apologize for the delay and appreciate you continued support. In the meantime, checkout this first look at a scene from our opening movie [pictured above]. Just a taste of what’s to come as we get closer to finishing the game.

Are you excited to still get your hands on this title eventually? Let us know in those comments!

>> Check out our Dynasty Warriors 9 Empires game page now!
>> Join the discussion on our forum now!