A new Monster Rancher game is coming to mobile from LINE Corporation in Japan!

While Monster Rancher / Monster Farm has had a bit of a resurgeunce of late with the re-releases of Monster Rancher 1&2 on Nintendo Switch, iOS, Android and Steam, there is now a new entry in the franchise coming to mobile.

LINE: Monster Rancher, developed by LINE Corporation (developers of games such as Disney Tsum Tsum and Dr Mario World) in collaboration with KOEI Tecmo. The game will be releasing on iOS and Android in Japan sometime in 2022. You can read the game’s description and the announcement trailer below:

The Monster Breeding of the Past Returns – Train and strengthen various unique monsters as a new breeder, then aim for victory in tournaments. Pamper your monsters too much and they may fall behind in training—but push them too hard and they may run away! As a breeder, enjoy breeding monsters in your own way while understanding their aptitude and condition.
Your Favorite Monsters Reborn in the Latest Graphics – Train and battle monsters from Monster Rancher and Monster Rancher 2, reborn in the latest graphics. New monsters unique to LINE: Monster Rancher will also appear.
Unique New Features – Various new features have been added, such as the ability to send the monsters you breed on expeditions to various locations, as well as form teams of multiple monsters to compete in ranked breeder battles.
New Monster Generation Methods – Create monsters in a new generation method unique to LINE. More details will be announced at a later date.

There is currently no word if the game will be launching outside of Japan.

Are you interested in seeing this come westward? Is mobile a platform you’d go for? Or would you prefer to see it come to Nintendo Switch and others? Let us know in those comments!

>> Check out our LINE: Monster Rancher game page now!
>> Join the discussion on our forum now!

Monster Rancher 1 & 2 DX arriving in the West this December!

Japan has been enjoying re-releases of the first two Monster Farm (Monster Rancher to us Western folks) for almost two years now, however KOEI Tecmo Europe have announced the upcoming DX versions are making their way westward!

Monster Rancher 1 & 2 DX will be launching on December 9th digitally worldwide for Nintendo Switch, PC via Steam and iOS! You can read the official description from KOEI Tecmo below along with it’s announcement trailer:

In celebration of the magical series’ 25th anniversary, Monster Rancher 1 & 2 DX brings the wildly popular simulation games to modern hardware where players raise their own monsters and train them to compete against other eccentric creatures in combat and tournaments. With hundreds of different monster types, each with their own skills and abilities, every Rancher will be able to raise and train monsters that are a perfect fit for their personality and play style.

The special collection also includes content that was never originally featured in the original Western release, such as additional save slots, Freeze slots, and Monster Hall of Fame slots. New features have also been added to Monster Rancher 1 & 2 DX, including a memo feature to use while raising monsters, rankings for random battles, and a high-speed mode to play through the game faster.

The Monster Rancher series originally launched with a unique feature that allowed players to use physical CDs to generate monsters in the game, with each CD having a unique ID that would spawn a different monster. This feature has been re-worked in Monster Rancher 1 & 2 DX, allowing players to search a database to find their desired CD and generate a monster from its data. Enjoy searching a vast database of songs from around the world and generating monsters based off of some of your favorite music!

This also marks the first time Monster Rancher is getting an official release in Europe!

Are you excited to replay Monster Rancher 1 and 2 again? What platform would you get it for? Let us know in those comments!

>> Check out our Monster Rancher 1&2 game page now!
>> Join the discussion on our forum now! 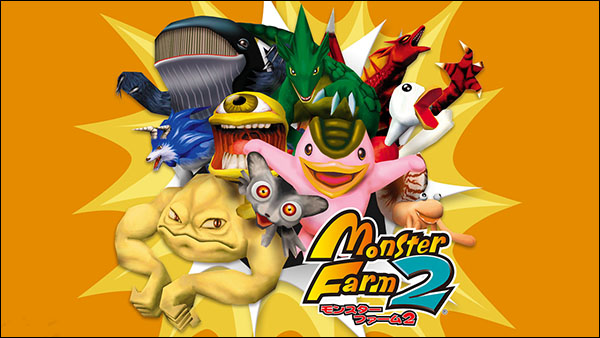 Monster Rancher 2 (or Monster Farm 2 in Japan) has been officially announced by KOEI Tecmo and will be arriving on Nintendo Switch, iOS and Android platforms. The enhanced port of the title boasts over 400 monsters for you to raise, as well as new features and quality of life improvements suggested from earlier feedback.

We will have our game page set up in the coming days for this enhanced port!

What are your thoughts on seeing Monster Rancher resurface? Do you wish this series would return to the West? Let us know in those comments!

Monster Rancher 2 ‘enhanced port’ seems to be in the works! 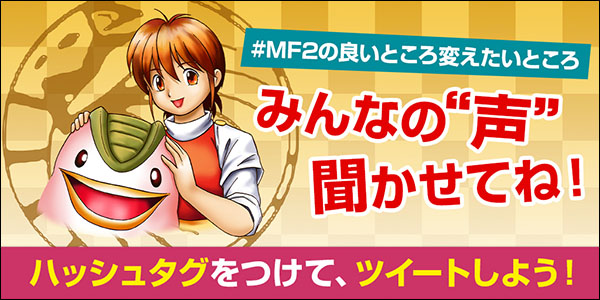 While currently they are seeking feedback on what features or enhancements you would like to see made to a follow up release, it looks like they are already delving into development.

The first Monster Rancher enhanced port released only in Japan on iOS, Android and Nintendo Switch. It is likely the second game will receive the same treatment. Unfortunately still no news on any Western release plans for the series.

What would you like to see from a Monster Rancher 2 enhanced port? Are you interested in the series being rejuvenated in the West? Let us know in those comments!

Amidst all this downtime, KOEI Tecmo over in Japan have released a new update to their Monster Rancher (or Monster Farm) reboot for iOS, Android and Nintendo Switch.

You can read the full details of the free update below:

One free manual save slot has been added. In addition to the two free save slots, you can purchase up to 12 additional save slots for 120 yen each, or the full 12-pack for 980 yen.

While you were previously only able to select your own monster, now you can select from monsters uploaded by other players, making battles and tournaments between players easier.

Player participatory tournaments will be held in the future. Players will be able to participate by simply registering a monster that meet the tournament’s conditions, and battles will play out automatically without instruction from breeders.

New monsters derived from existing monster species have been added.

There is still no news on a Western localisation of the title, however you can pick up the game through the Nintendo Switch eShop due to it’s region free architecture.

What are your thoughts on the Monster Rancher reboot? Would you like to see it come to the West? Let us know in those comments!