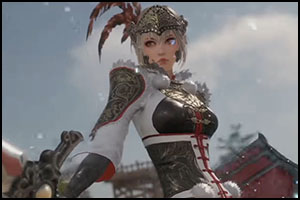 Dynasty Warriors 9 is the next and biggest Warriors game instalment to come out of the hands of developer Omega Force. Boasting new gameplay, an open world to explore and a lot of characters to play around with. But do the guys over at KOEI Tecmo do this series justice in searching out their new ways to spice things up? Spoiler Warning: No. Just no. We could end the review right here and just say wait for a sale or forget it happened, but that really wouldn’t give the game its due, as in fairness it does do some things right. Just those things that are right are buried in a miriad of things done complete and utterly wrong.

Let’s get straight to it. Unlike other Dynasty Warriors games, that focused on condensed jam packed inclusive battlefield stages you would bounce between to progress through your character’s (or kingdom’s) story, this game throws your chosen character into the big wide wilderness that is China. Fully and freely explorable from the get-go. You’ll get a brief character introduction, some cut-scenes and off you go to start your story. Every character’s story progresses in Chapters (13 in total – From Yellow Turban Rebellion to the Unification of China) split up into several parts. Each “Part” represents a battle that would normally of just been it’s own stage in the older games. In this it is spread across numerous locations over China, with several quests, missions and requests scattered for you to complete. All of this will then lead up to the climatic conclusion to that battles part which generally would be a fight against the enemy leader.

Let’s take the Yellow Turban Rebellion for example. It’ll be the first Chapter you will come across when starting the game. The ultimate goal of the battle would be to defeat Zhang Jiao, which if you so chose you could head straight there and defeat him – completing this part of the overall chapter. However the game deters you from doing this by assigning each quest with a level. Higher level quests means they will be more difficult to tackle. You are suppose to focus on the sub-quests which by completing will lower the level of the final quest, changing circumstances in the battlefield and overall giving you and your army the advantage to win.

This all sounds fine and dandy down on paper. Having to work your way up sorting out different areas of the battlefield so you and your army can finally surround and defeat the big bad guy. But – and this is one of the games main issues – what is the point? The levels assigned to quests are all superficial. Sure they are very slightly more difficult the higher the level is, but you can just as easily go and complete the final quest right off, skipping all the battles and other quests in the interim, and absolutely nothing will change in the big picture. It’s all just superficial fluff to pad out the experience and make you think that what you are doing is actually making a difference, when in reality you are making very little difference.

So this leads to if you want to get enjoyment out of the game, you will want to play exactly how it wants you to. Which defeats the point of an open expansive sandbox world. This also leads in to other issues given by some of the new functions your character can perform. Every character has free access to a Grappling Hook, which enables you to climb any wall you come across. Kind of cool if you see a mountain and you think “Alright I’m going to scale this guy”, so it does have it’s moments. However this also allows you to scale castle walls, making sieges a complete waste of time. Need to siege a castle and break its gates? Just scale the wall and open it from the inside. Or don’t even do that, just hunt the guy down yourself inside the castle leaving your allies to toil away outside. It is completely game breaking allowing this to happen, and makes an element of battles that could of been really engaging (and they do play a large role in the many quests) a repetitive boring mess.

But aside from all that, how does the actual game itself play? Now that we know what our goals are, how do we enjoy chopping our way there? This is the bread and butter of all Warriors games after all. Dynasty Warriors 9 has a revamped battle system, which (unfortunately) move sets are tied down to weapons. You can flick open your trigger attack menu (with R1/RB) and pick one of four attacks; Stun, Knock-down, Launch and Special. The special attacks (as well as your standard musou attacks) are unique to your character. By performing these Trigger attacks you can follow up with your standard button mashing to continue in a combo, dealing a wide amount of damage. There is also the ability to instantly kill an enemy captain/officer if their health drops below a certain point. This is called a Finisher attack where you press Triangle/Y when the button prompt above their head appears. That is as far as the combat itself goes. You can equip different weapons to spice the animations up, but you’ll be playing the same way each time. 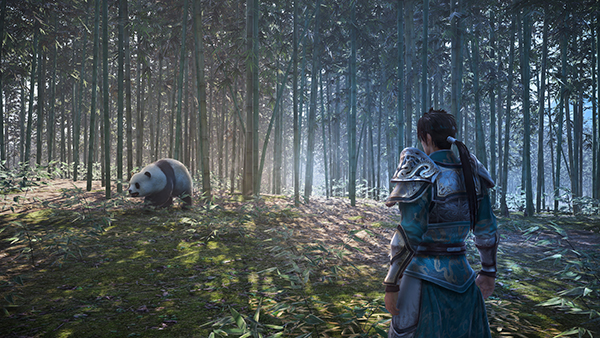 There are quite a few ways to be able to customise your character, and load them out. Each character has their own set of stat points, and the more you kill and more quests you complete you’ll gain experience. Once you level up you will be able allot a certain amount of stat points to your character, alongside him/her getting a pre-determined stat upgrade each level. You can also craft and equip different grades of weapons, and each weapon has a set amount of slots that you can equip Gems to. These gems can offer different elemental abilities to add to your characters attacks, along with some other bonuses. You’ll want to make sure you kit out your weapon with all the gems it can as soon as you can. Aside from that, you can also craft and equip a variety of accessories to your character, each giving varying benefits such as attack boost, defense boost, speed boost or even experience boost. Each character is able to equip four accessories at one time.

You are probably thinking “Oh there is a crafting mechanic? This could lead to something interesting.” To craft weapons, accessories, gems etc you will need to gather resources. This is where the open world comes into play more. Scattered around China are randomly placed pieces of Materials that you can pick up as you traverse the world. There is also the option to Hunt animals, which boils down to you firing your bow at them from a distance til they die and drop their item. Then when you get all the materials you need, you can craft your desired item/weapon at the local blacksmith or shopkeeper who you will find in the many castles/keeps/villages/cities scattered around China. At these locations you can also purchase items, horses (which can be levelled up the more you use them) and even pig out at the restaurant to give yourself added bonuses for a set amount of time.

Now we come to the technical side of things. This is where the game crumbles fast. The frame-rate is a hit and miss on you hoping it’ll stay steady. Though now that it has received (many) patches the frame-rate doesn’t buckle to crippling experiences, it still noticeably dips often, in and out of combat. A lot of objects within the world take a long time to load in – the worst crime of this is the bases scattered around that you can conquer. The troops will all be there ready to pummel (though not always will the captains, who you need to kill to control the base will spawn) but the palisades will take a while to spawn in, even to a point where your character will feel they are there but they still have not become visible yet. This is very distracting and breaks the immersion that this open world tries to convey.

The graphics themselves are decent enough. The character models look decent, the open world itself (when things spawn) looks passable. It certainly isn’t a technical achievement by any stretch, but the game isn’t ugly to look at. There are a lot of varied environments, such as snowy mountains, vast deserts, jungles and such to traverse and all look as they should. The draw distance however is an issue, where you will often see textures popping in as you traverse the land. But this also leads to another problems. TEXTURES. They just don’t appear as they are mean to. You’ll often come across mountains, walls, etc and they look like a painted set piece for a play. Sometimes if you wait the shy guys will come out and show themselves, but more often than not they don’t. It is just another of many to ruin the experience and feel of the game.

Now, do we recommend this game? As in our Pre-Review Impressions, it is still a bit difficult. There is some fun to be had in this game, it’s just buried so far under bugs, issues and sheer laziness in a lot of cases that you may not ever find it. Too much feels like just busy work, and the beef of the content ends up just being completely pointless in the grand scheme of the game. Sure there are many characters (including a handful of new faces) and all of them having their own stories, but majority of them play out exactly the same way with maybe a few unique dialog scenes. The game would of served better as sticking to Kingdom based stories instead. It’ll be difficult for even the most die hard of Warriors fans to get into this one, so really it is probably just best to hold off in hopes of them building something great from this rickety frame work than waste your money right now.