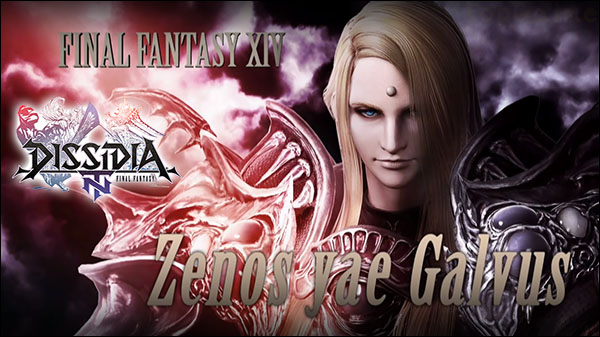 A few days ago it was confirmed that a new character would be revealed during an upcoming Live Broadcast scheduled later on today, however we have gotten new information on the DLC character in question a little earlier than expected.

Zenos yae Galvus of Final Fantasy XIV fame is the new character announced. Originating from the Stormblood expansion pack for the game, he will be a new villain added to the roster. Hopefully more information on him will appear in the Live Broadcast later on today, along with more details on Dissidia Final Fantasy NT’s future content plans.

Zenos will be releasing April 11th worldwide on the Playstation 4 and PC via Steam edition of the games, and will be able to be purchased on it’s own. It will not be included with the current Season Pass which ended with Snow’s recent release.

Below you can check out a reveal trailer for Zenos, showing him off in action:

Dissidia Final Fantasy NT is out now worldwide for Playstation 4 and PC via Steam.

What are your thoughts on this new character reveal? Who else do you hope to see make it to the roster? Let us know in those comments!