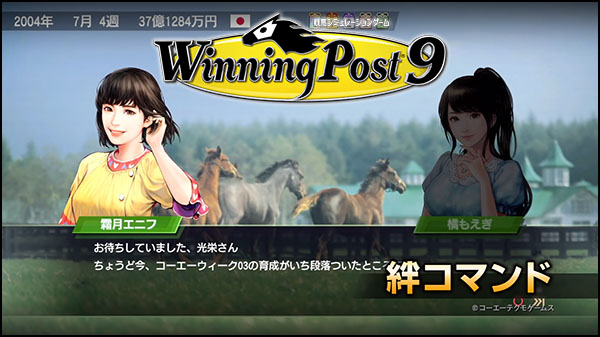 Winning Post 9 is making it’s way out the Stables at the end of March in Japan. Now though, KOEI Tecmo have released a full trailer showing the title off. Though this may not of been the surprise people were expecting last year, but the series is massively popular in it’s home country.

You can check out the trailer itself below:

Winning Post 9 launches March 28th on PS4, Nintendo Switch and PC via Steam in Japan. The likelihood of the game making it’s way West is very low, but it thanks to the consoles it is releasing on you can freely import – though English support may not be a guarantee.

What are your thoughts on Winning Post as a series? Do you want this to come West? Let us know in those comments!

>> Check out our Winning Post 9 game page now!
>> Join the discussion on our forum now!