Dead or Alive 6 is getting a Deluxe Demo for both PS4 and XB1! 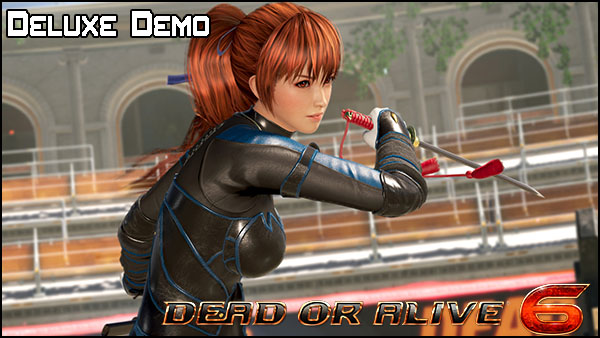 It’s getting close to Dead or Alive 6’s official launch date now, and KOEI Tecmo have gone and announced a ‘Deluxe Demo’ which will be available for users on Playstation 4 and XBOX One. However the demo is exclusive to only Playstation Plus subscribers and XBOX Live Gold users.

The demo will be available to play from Feb 22nd until Feb 24th, and you can read below exactly what the demo itself will offer from KOEI Tecmo themselves:

The Deluxe Demo will be exclusive to PlayStation Plus subscribers through the PlayStation Store and Xbox Live Gold members through the Microsoft Store, and will be playable on from February 22 to 24 (JST). The upcoming demo will consist of online Ranked and Lobby matches, as well as Free Training, Tutorial, Command Training, Combo Challenge, and an introduction to Story mode. The Demo will feature all 24 characters available at launch and all hairstyles and glasses will be available for each of the playable characters.

So if you are interested in checking out the game before it’s release on March 1st worldwide, this will be your best chance!

What are your thoughts on Dead or Alive 6? Do you need the demo to help make your mind up? Let us know in those comments!

>> Check out our Dead or Alive 6 game page now!
>> Join the discussion on our forum now!