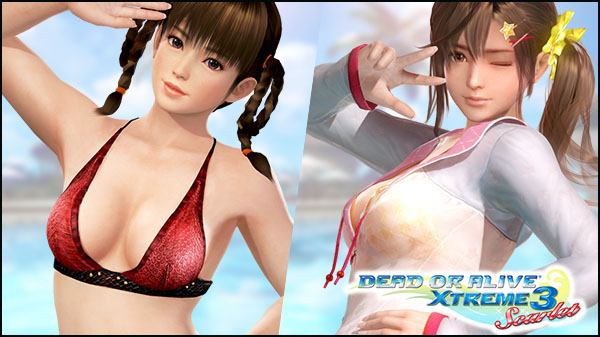 Dead or Alive Xtreme 3 Scarlet is a new and improved version of the original game released back in 2016. Last week we announced that Leifang was added as the second new character, and now KOEI Tecmo Japan have released a new trailer for the game showing both her and Misaki – The first announced new character – kicking butt and having fun on New Zack Island.

You can see the trailer below:

Dead or Alive Xtreme 3 Scarlet releases March 20th for Playstation 4 and Nintendo Switch in Japan. With the Switch version getting a free-to-play edition later in the year. Still no news on a western release but the game should hopefully be very import friendly as it’s original was in 2016.

Are you glad to see these two characters in DOAX3? Who else do you want to see added? Let us know in those comments!

>> Check out our Dead or Alive Xtreme 3 game page now!
>> Join the discussion on our forum now!