Atelier Lulua has a delightful Limited Edition that you can pre-order now! 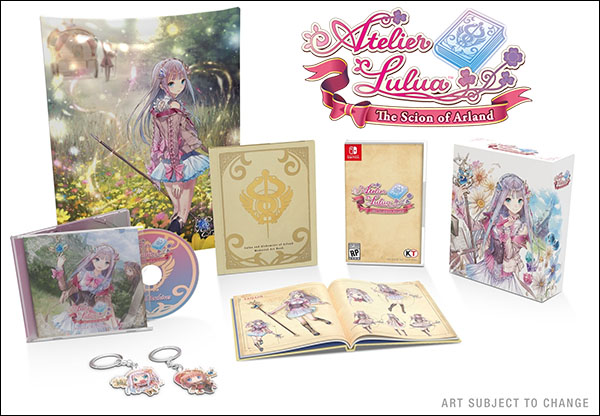 Atelier Lulua ~The Scion of Arland~ was confirmed to release May 21st in US and May 24th in Europe not too long ago. Now it has been confirmed through NIS America that the game will also be getting a nice Limited Edition for both Playstation 4 and Nintendo Switch versions of the game (sorry PC users).

Within the Limited Edition you’ll be getting the following:

The Limited Edition bundle though will set you back a fair bit, coming in at £89.99/$99.99 not including postage & packaging. So it’s user’s choice if the content is worth the price, but they are still a nice offering of merchandise to enrich your gaming experience.

Atelier Lulua ~The Scion of Arland~ will be releasing this May on Playstation 4, Nintendo Switch and PC via Steam in the West!

Will you be picking up the Limited Edition? Are you excited to play the game? Let us know in those comments!