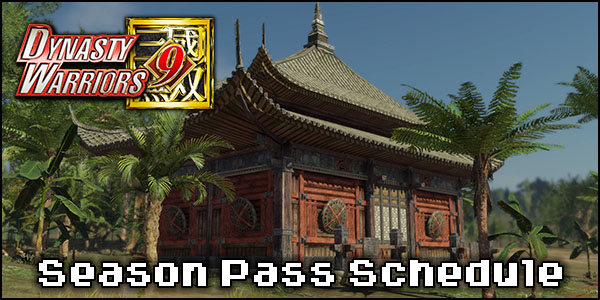 Dynasty Warriors 9 has been a rather mixed bag with peoples opinions, but that hasn’t deterred KOEI Tecmo and Omega Force in following through with more content via their Season Pass. With that, they have announced their release date schedule for the three content packs, and they are as follows:

Additional Scenario Pack – Summer 2018
The unique NPCs; Xiahou Ji, Dong Bai, Hua Xiong, and Yuan Shu, will be made as playable characters. They will also have their own action gameplay (move sets), scenarios, and events.

So there you have it. The meat of the DLC content won’t be arriving until sometime this Summer, but we have some new content injections happening both this and next month. It is likely we won’t find out the exact release dates until the week they are planned to arrive, but we will be sure to report on it!

Note that you can purchase the Season Pass now and get all these packs as soon as they release, or buy them individually.

What are your thoughts on the DLC? Do you hope they end up adding more packs at a later date? Let us know in the comments!