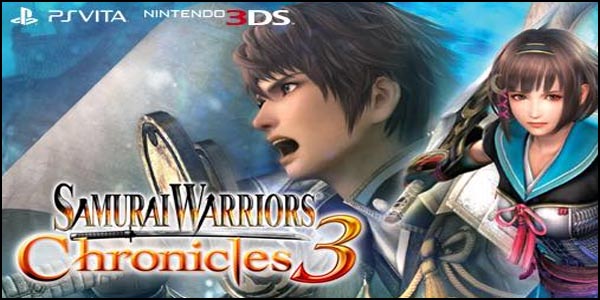 Samurai Warriors Chronicles 3 has finally been announced for Western release! With it coming to both Nintendo 3DS and Playstation Vita, you’ll finally be able to enjoy an exclusive Samurai hack ‘n’ slash mayhem built specifically for handheld consoles!

The game will be coming digitally to both platforms on June 24th for Europe. An American release date will be announced next week, so keep a look out for it (expect the same week or so for release window).

Are you excited to see this game make it over here? Which version will you be buying? Let us know in the comments!