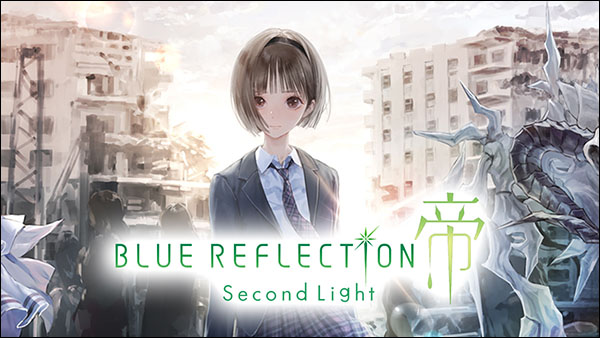 KOEI Tecmo Japan have announced a slew of projects for their Blue Reflection IP, with the most important for us being a sequel to the 2017 adventure RPG. Blue Reflection Second Light will be launching in Japan on October 21st, with a western release planned not too long after. It’ll be launching on PS4, Nintendo Switch and Steam (at a later date).

You can read the official outline of the game below along with a trailer!

The piercing blue sky, the beautiful, clear water around them, and the sun slowly scorching their skin… In this summer setting, one girl wandered into this world as if completely abandoned.

That girl’s name is Ao Hoshizaki. In an isolated school, there lived three girls who lost their memories. The only thing they knew about each other was their names. Although perplexed, Ao lives a strange life in cohabitation these girls to find clues that can lead her back home to her world.

Then one day, a path leading to a new landscape suddenly appears in a world previously made up of nothing but a school and the water around it. Ao and the girls decide to follow it.

At the end of the path was a strange place where familiar-looking things existed in irregularity. Although confused, they walked forward in search of answers…

It was then that they encountered a monster for the first time. Caught in a pinch, the girls came into possession of a mysterious power.

A world trapped in summer, and girls who have lost their memories. What will they gain for solving this mystery?

Even in an extraordinary world, the girls will work together to enrich their lives and find enjoyment. As Ao and the girls deepen their bonds, they will draw closer to clues about this world’s mysteries and their lost memories.

As the girls live together, their personalities and unexpected natures will gradually come to surface. By strengthening the connections that bind their hearts, you may even unlock new powers that can be used in battle.

Depending on who you craft with, the effectiveness and quantity of the final product will vary.

Your friends may also ask you to build a certain kind of facility, and you can visit the facilities you have built together. There may even be some unexpected facilities…

The game certainly looks interesting, and is one part of a three project plan, with the other two being a Mobile game and an Anime series. We will have a game page up eventually on our site with more goodies to show.

Are you excited to see Blue Reflection return? Did you play the first game back in 2017? Let us know in those comments!

>> Head to the official Blue Reflection project portal now!
>> Join the discussion on our forum now!