Dynasty Warriors 9’s “Suzuka 8” costumes are coming to the game next month! 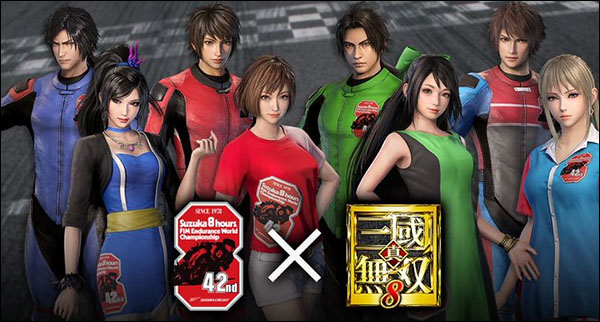 It was only a couple of months ago that we reported Dynasty Warriors 9 had collaborated with Suzuka 8 Hours Endurance race over in Japan, bringing Dynasty Warriors themed outfits and bike liveries to the race.

Now KOEI Tecmo have confirmed that these same outfits, along with four new ones featured for female officers will be arriving as DLC June 27th across all platforms. This DLC is not part of any Season Pass content so it will be a separate purchase, so no need to worry about double buying the same content.

As there is still no news if Dynasty Warriors 9 will be receiving a Season Pass 4, but it is nice to see some content is still trickling through for the game.

Dynasty Warriors 9 is out now worldwide for Playstation 4, XBOX One and PC via Steam.

What are your thoughts on the new DLC costumes? Are you sad the Bike Liveries aren’t coming as Mounts? Let us know in those comments!