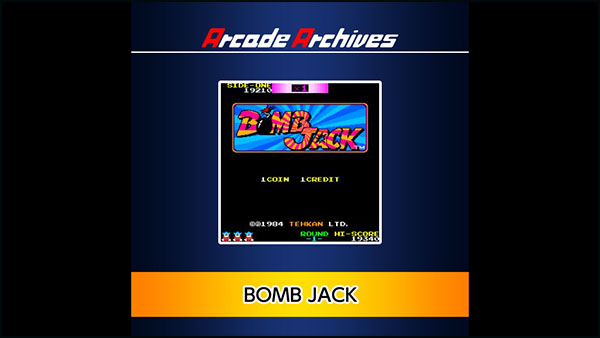 It has been quite the ride these past few months with retro KOEI Tecmo titles making their way onto the Nintendo Switch. With a bunch of NES titles hitting the Nintendo Switch Online service, as well as stunningly good arcade ports by HAMSTER – You can check out our review for Arcade Archives: RYGAR here.

HAMSTER now alongside KOEI Tecmo have released the original Arcade version of Bomb Jack. You can read below the official description of the release:

‘BOMB JACK’ is an action game that was released by Tehkan (Koei Tecmo Games) in 1984. Players control ‘Jack’, a superhero who can leap and glide, to collect all bombs in game stages. By retrieving the ignited bombs first, you can earn bonus points and fill up your Power gauge.

The game is out now on Nintendo Switch as part of the Arcade Archives series with a price of £6.29/$7.99 and can expect the usual Arcade Archives treatment (such as different screen types, save states, difficulty changers and more).

Are you happy to see more KOEI Tecmo retro goodness? What do you want to see next? Let us know in those comments!