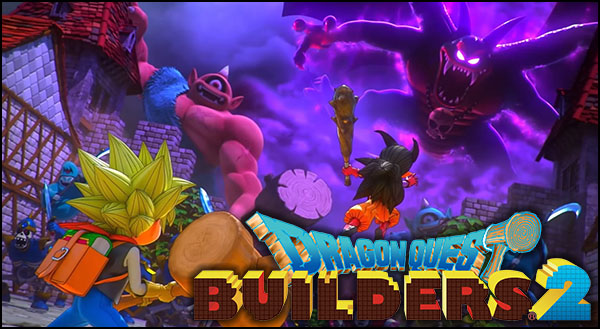 As has been known for a while now, KOEI Tecmo is working alongside Square-Enix for the upcoming Dragon Quest Builders 2 game (the battle mechanics specifically), and some interesting Multiplayer based news has come out from a recent issue of Weekly Shōnen Jump.

Shōnen Jump has revealed that up to four players can join and play together in Dragon Quest Builders 2, with the ability to use ingame gestures to communicate with each other, customisation options to create your unique character and even be able to drive around in a bug-like vehicle together. This is a first for the Dragon Quest Builders series with the first game being predominantly single player, so it should be a lot more fun with some pals in toe.

Below you can find a brief look and explanation of the four player multiplayer (click to enlarge the scan):

By progressing through the story, you will be able to play multiplayer on the base Vacant Island. By building with everyone and showing off your island, the range of play will expand. If you just want to show off the island you created, you can also set it so that other players cannot break or place objects. 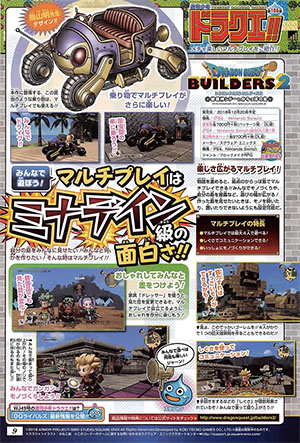 Dragon Quest Builders 2 releases December 20th in Japan for PS4 and Nintendo Switch, and will be arriving sometime in 2019 for the Americas and Europe.

What are your thoughts on Dragon Quest Builders 2 having four player multiplayer? Will you be picking up the game? Let us know in those comments!