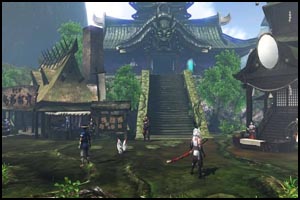 Toukiden is the newest installment of Tecmo Koei hitting the western shores.

It follows the story of the war between humans and demons, called Oni. The people fighting the Oni are called ‘Slayers’ and are said to be ‘demons fighting demons’.

The Demo starts with the character creation. Here you create your own character, with a limited selection of hairstyles and faces. It is similar to the creation in Dynasty Warriors Next, though you are not able to switch to any clothing as the clothing you acquire is the armor ingame. 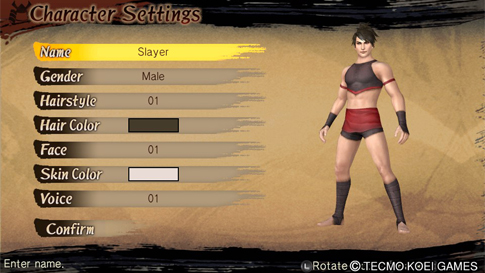 In the beginning of the game you fight against a big Oni and the controls in fight are shown to you while doing so. Feel free to test everything to your hearts content as it really is hard to die in that fight. You then start in the story, you will be introduced to the first characters, Oka and Yamato. Those two will show you how the game and it mechanics work. You are also able to choose your answer at some points, but I’m not sure if that actually changes anything except for the characters reaction. All in all it is pretty friendly towards people new to this game. You get told what to do and get your first assignment right afterwards as there is trouble coming your way. In the mission, Oka tells you everything you must know about the missions and additional stuff.

The battlefield isn’t the same as it is in the Warriors titles. The ones in the Warriors titles are crowded with soldiers you just have to slay. In Toukiden the battlefield is restricted in several sections which aren’t all accessible at some points. Also, there are only a handful Onis on the field which have to be slain, though they hold much more than normal soldiers of the Warriors games. When you slay an Oni you have to purify it and get to collect items in doing so. They also drop Mitamas in some points, but I’ll come later to those Mitamas. Last thing to say about the field is, you also get to collect items laying on the floor and areas with a red colour have to be cleared for finishing your mission. Usually the time limit of the missions are 60 minutes which are by far enough. The clock is shown right under the map of the field. 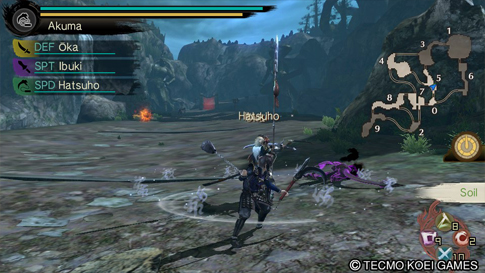 Let’s move on to the games mechanic. The gameplay is rather simple. It is very similar to the gameplay of the Warriors titles. Square for normal attack and Triangle for heavy attack and Circle for the special attack. So not much to say to this one but to the more new stuff, for example ‘the slayers Eye’. It is activated by pressing Select. The view will get dark and you can see the weak points of the Oni you are fighting. Also you can see the life bar and the protection bar. It comes in handy when you fight really strong Oni. It also serves you to show you hidden things on the field you currently are. 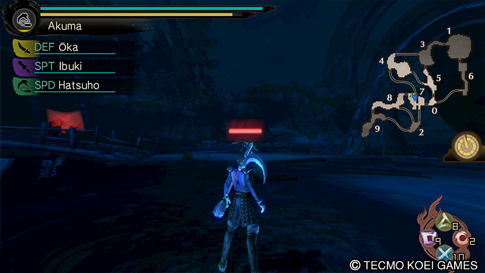 When you’re finished with your mission it is shown brightly on your Vita. You will then get to the windows showing you the mission results such as Haku you earned. Afterwards it shows the window of the Materials you collected on the map. These can be used to create better weapons and armor or can be sold in the merchants store. You also need the materials to finish Quests which you get in the same place as your Chapter Missions. 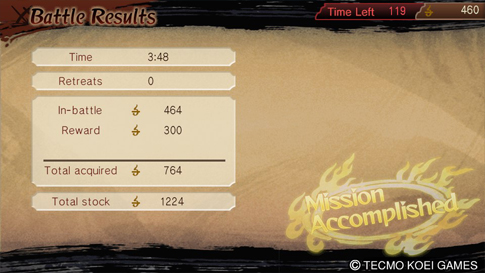 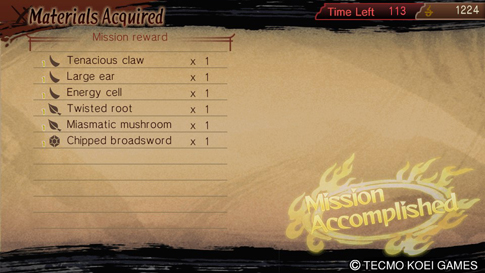 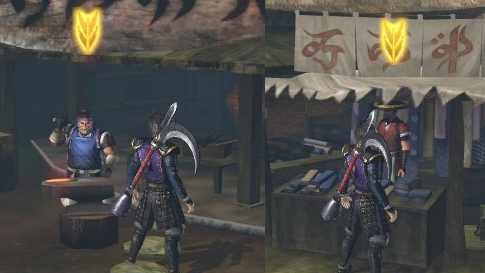 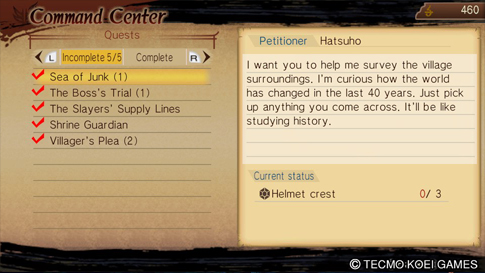 Now I’ll move on to the last addition to the game and in my opinion one of the most important. Those are the Mitamas. The Mitamas are the souls of famous Warriors, who were devoured by the Oni. When you kill the Oni, which devoured them, they will be set free and aid you in your Mission of slaying the Oni. They’re important as they give you special abilities you can use to boost yourself in combat, such as increase attack, heal yourself or steal health from the enemy. The Mitamas will grow stronger when you use them in combat or when you go to the shrine and pay Haku so that Shikimi will make them stronger, you can also reset them there again. The stronger the Mitama grows the more effective his boosts get. It is confirmed that there’ll be more than 200 Mitamas in the game, you can collect. 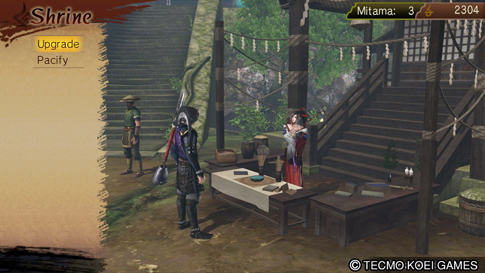 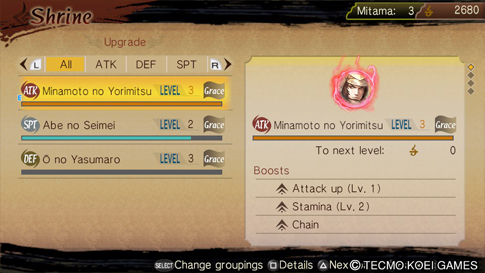 The game also has an own Encyclopedia, as you already know this feature from the other titles of Tecmo Koei. The Encyclopedia can be seen when you talk to Shusui at the right side of the house, you go to get you Missions or talk to Yamato for training or checking your medals you can collect by solving different stuff. 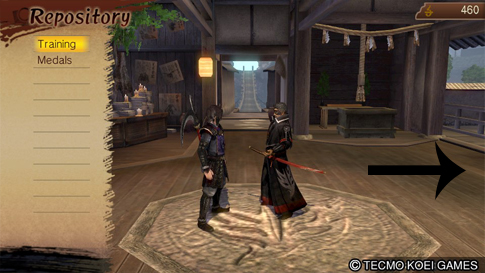 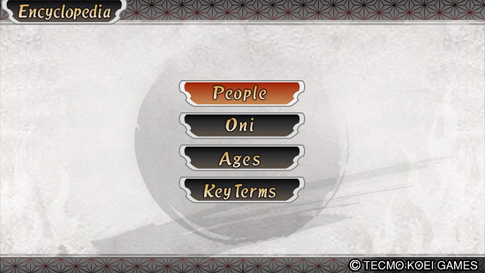 Last thing I will tell you about the game is, you have your own house. You can save there, check messages from the other characters, look up what happened in story so far and change equipment or your hairstyle. When you progress in story, you will also get your own Tenko, which is able to collect random materials from one of the battlefields you unlocked by playing the story. It might get useful in the full game where the limit isn’t at 30 materials. 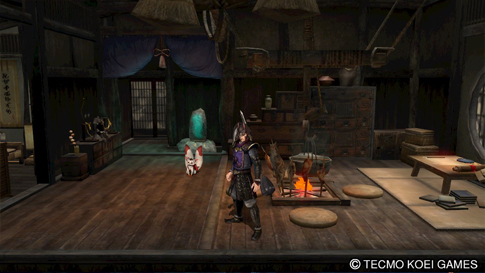 All in all my opinion of the game is that it really woke up my interest and that I’m sure that I’ll have a lot of fun with this game. The story sounds interesting and the gameplay is easy to understand. Though the Demo didn’t show that much of the stuff you will get to do in the game, it can make you want more if you like this type of games. It is worth a try as it is for free.